We’ll Always Have Paris: A Brief Vacation with a French-Hater

There’s a wee little French city that has been the destination for romantics and shopaholics alike for many a decade. It’s called Paris – maybe you’ve heard of it? 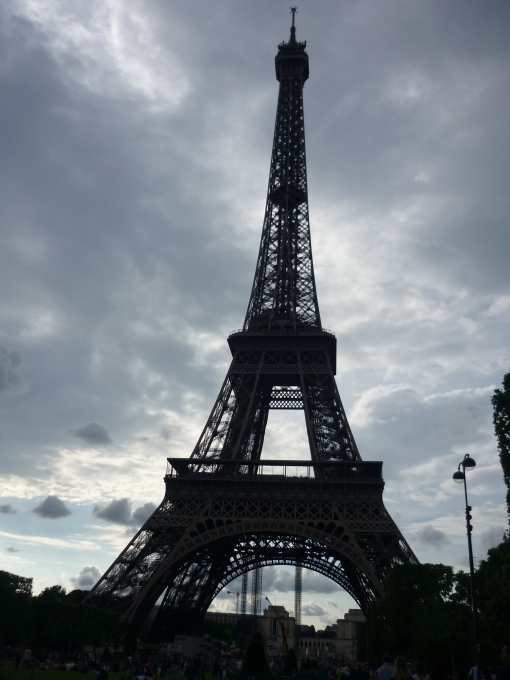 Like many others before me, and many more to come, I have had an obsession with going to Paris ever since I was eleven years old and was growing into my appreciation for all things adult, romantic and materialistic. 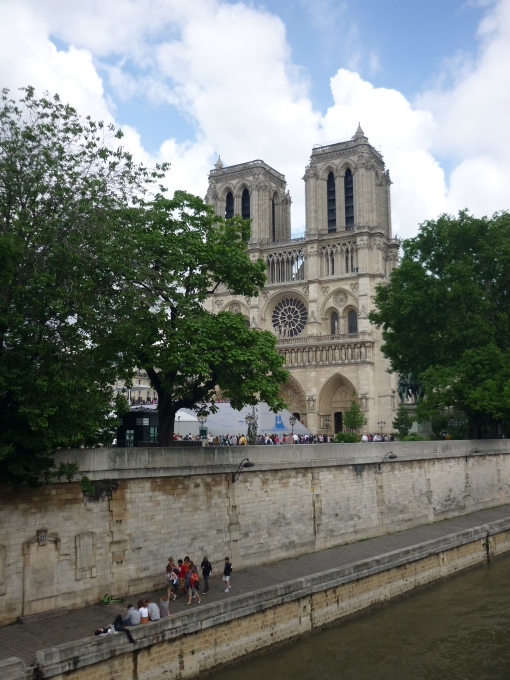 In my recent adulthood, however, I have heard things that have marred this dream and given me a dose of reality (probably a good thing). Paris stinks, it’s dirty, it’s crowded, it’s expensive, Parisians are rude, the Eiffel tower costs your first born child to walk up it, lots of people try to scam you, the whole city is a tourist trap. All these things put Paris a little further down on my list of places to go before I die, but when presented with the opportunity to go, I wasn’t going to say no! 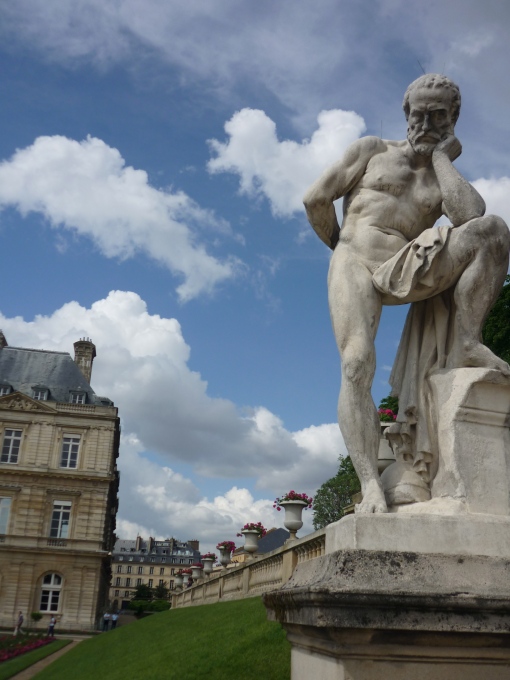 Having freshly moved to Lyon (him) and Edinburgh (me), my lil’bro and I decided in December 2012 that the following June we would meet in Paris for a few days to see the city. Oh, and also OUR FAVOURITE BAND. Muse. For me, this was going to be the perfect mini-vacation! Paris, Muse, and my brother – who I hadn’t seen in almost a year due to our recent voyages.

Check out the reflection in lil’bro’s glasses!

The only problem was, in those 6 months, lil’bro developed a deep, lingering hatred for the French. Mostly this was due to the lack of communication, organization, desire to be efficient and a general attitude of malaise within any French bureaucratic system. For example, in order to get a bank account, he needed an address. In order to get an apartment, he needed a French bank account – a conundrum that was a pain to resolve. My favourite story was lil’bro’s attempt to apply for medical insurance. He went multiple times during posted office hours to the office where this was to be done only to find it closed with a posted sign saying “Fermé sans raison” <Closed for no reason> (this may, however, be an exaggeration born from frustration – a trait that comes from my Mother’s side of the family. NOTHING she EVER says is accurate).

Well, I arrived in Paris; still hopeful that it would be everything I wanted it to be.

Within the first few hours I was scammed out of €5 (my fault for being naïve and too nice), was an intended pick-pocket victim (best anti-theft device ever: giant box of tampons at the very top of your bag), hit-on by a Moroccan guy (which made me uncomfortable because his Dad was right there), and harassed by aggressive panhandlers on the train. Whatever, I thought, I’m in PARIS!

When I finally arrived at our 1-star hotel (really not that bad for what we paid), I hunkered down to wait for lil’bro to arrive in a few hours. Then the lightning storm happened. If I typed out everything that occurred in the next twelve hours this post would more resemble a novel, so I will summarize using bullet points:

Able to relax at least a little, we go wandering around the downtown core and, to be fair, it’s pretty beautiful! 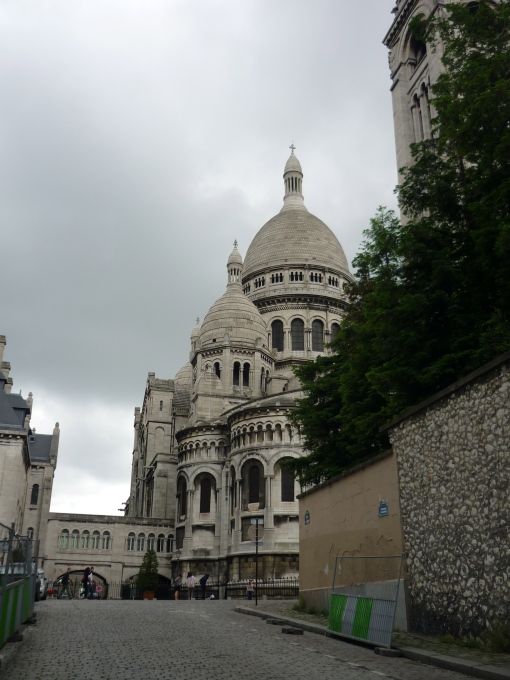 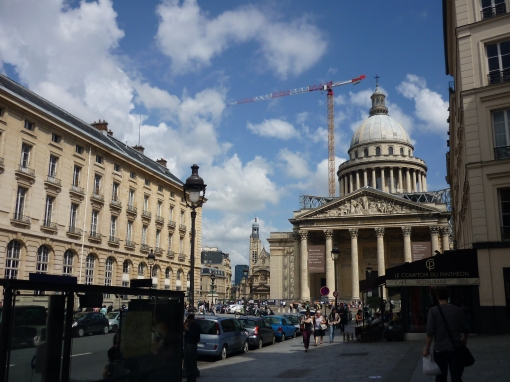 I would definitely come back to Paris, but perhaps not until I have a bit more means, seeing as it’s difficult to find even a shot of espresso for less than €3, let alone any decent affordable food. 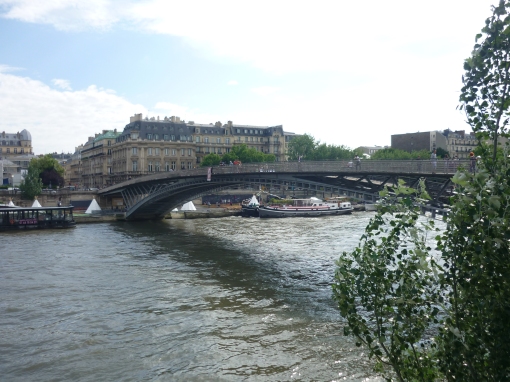 We had some trouble getting to the Muse concert too. It was rush hour and people were squeezing themselves onto the metro to the point of overflow. Of course, the trains won’t leave if the doors can’t close, and lil’bro and I were completely exasperated by these people who were more concerned with getting on the train than allowing it to leave, thus causing everyone else to be delayed. It got to the point where station staff had to pull people off and man the doors while they closed.

But, of course, THIS made it all worth it!

Muse was flawless; their set-list was literally a copy-paste of my personal list of favourites. Chuffed to bits!

5 responses to “We’ll Always Have Paris: A Brief Vacation with a French-Hater”