Conquering the Law (But not Actually): A Day Trip to North Berwick

North Berwick (pronounced bear-ick, like Derick) is a seaside village East of Edinburgh. Boy do I like my seaside visits! Again accompanied by my Canadian companion, Ky, we ventured out of the city limits to seek the serenity of the sea.

Most British seaside towns I’ve seen – which is a fair few – follow one of two “themes”. Either they are attraction-based (arcades, manicured beaches, piers and waterfront boulevards), or they are functioning fishing villages. North Berwick seemed to be a fusion of the two.

It was strange for me to see the used, worn fishing equipment, boats and run-down waterfront row houses next door to two golf courses, the Seabird Centre, sailing lessons off the beach and a children’s play area. 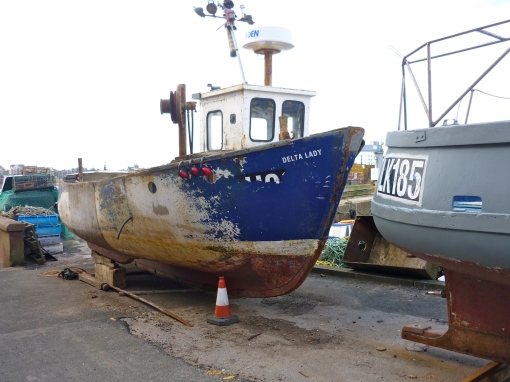 North Berwick has two beaches, each with it’s own wee off-coast island. In the spring and summer, you can join a boat tour out of the Seabird Centre that takes you out to these islands, which are apparently rich with wildlife. 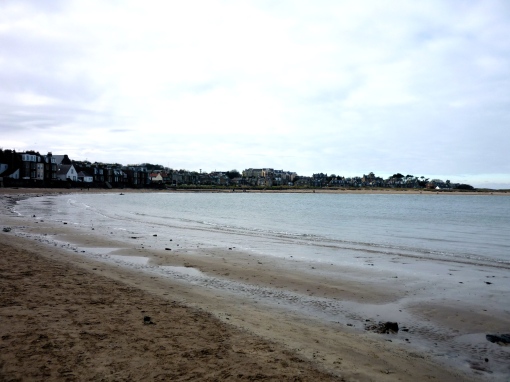 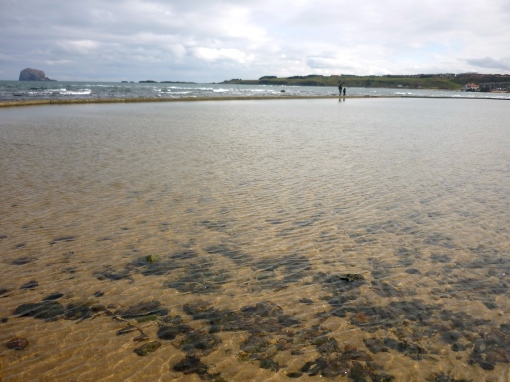 On the eastern-most beach, there is a man-made sea pool! 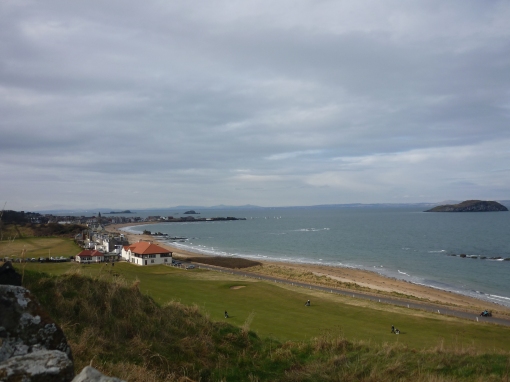 North Berwick has two golf courses, which is two too many for such a small town!

A unique landmark of North Berwick is the Law: a steep, high hill (or “Scottish mountain”). The Law was the shape of a very large pimple. This area of Scotland has quite a few such mountainous zits; whiteheads when it snows.

The Law from the beach.

Anyway, the Law is a popular conquest for local hikers – though Ky and I couldn’t muster the motivation to follow in their footsteps (as my title hopefully suggests; I have a bad knee after all!)

North Berwick is a beautiful place to go explore – the beach is fantastic. Ky and I found a “Historical Glen-Walk” path that held such gems as an old house with a tree growing out of it, and some ruined cottages. 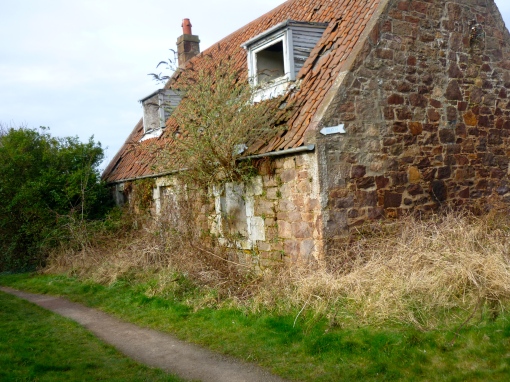 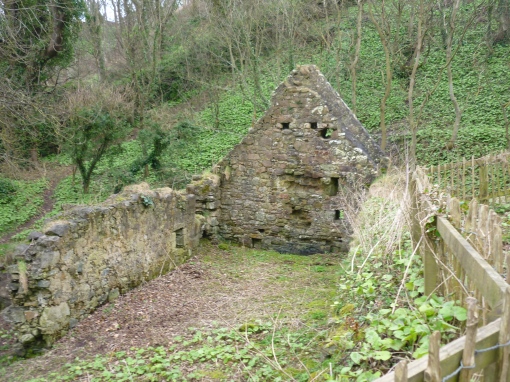 Close to town, we discovered an old graveyard complete with a big ruined church. It was supposed to be gated shut, but since none of these things are regulated in the UK, we found a way in anyway. 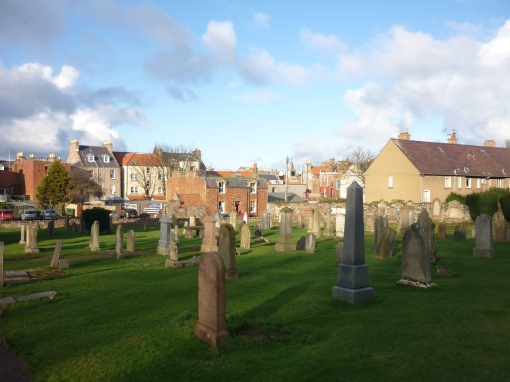 Inside we saw a GHOST!
No, it’s just me.

The best part of the day, however, was our lunch at Buttercup Café.

The café was located in the front room of a converted row house, where the living room would have been. There were about six small tables squished into this space. There were four servers. FOUR. They all looked to be no more than 80lbs apiece soaking wet; with their toothpick wrists they seemed only able to bring one item at a time (two-handed) out of the kitchen. Coming from the service industry myself, and often I handle a sixteen-table section on my own, it was hilarious watching four girls struggle to serve six tables between them.

They were all lovely, and I’m hoping, since it was a weekend, that they were in training.

While heading back into the city, Ky and I realized we’d finished our first list of places to visit.

Where should we go next?

2 responses to “Conquering the Law (But not Actually): A Day Trip to North Berwick”